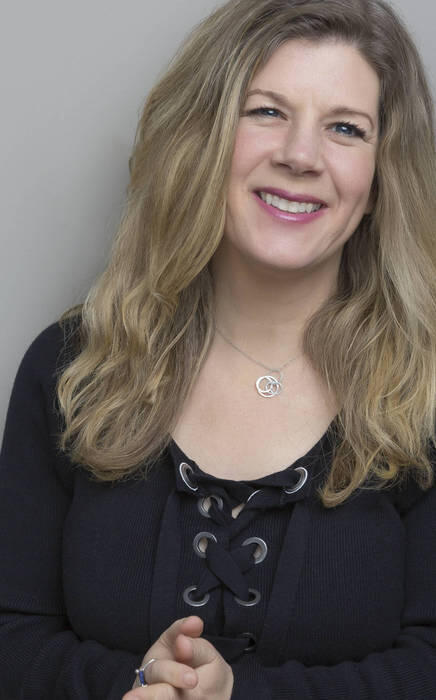 Every new album from Dar Williams represents her thoughts and feelings about both her own life and larger forces in the world. But her ninth studio record, Emerald, marks a particularly dramatic confluence between her experiences and broader contemporary culture—and what it means to be a songwriter at this moment in history.

In the past few years, Williams has been involved in a wide range of different efforts and projects: teaching a course titled “Music Movements in a Capitalist Democracy” at her alma mater, Wesleyan University; working with children at several summer camps; leading songwriting workshops; getting involved with the workings of her village; and writing a book about the ways she’s seen towns becoming more independent and prosperous over her twenty years of touring.

In addition, in the face of dramatic transformations in the music industry, she is releasing Emerald on her own after choosing to part ways with Razor & Tie, her label for almost twenty years. “It’s like the record business is a giant building that collapsed,” says Williams, “but when the building is destroyed, you get to see what remains. And this incredible structure of the music and the friendships that I have is all still there. Seeing that led to a decision to record songs with themes about relationships and connections — I wanted to write songs for my friends and about my friends.”

A scan of Emerald’s credits reveals the strength of her bonds in the music community. Recorded in Nashville; Los Angeles; Philadelphia; Beacon, New York; and Weehawken, New Jersey, the album features a remarkable list of guest musicians and co-writers, including guitar virtuoso Richard Thompson, Jim Lauderdale, Eric Bazilian and Rob Hyman of the Hooters, and Suzzy and Lucy Wainwright Roche. Even the song that set the album in motion was the result of a meeting of the minds. As Williams was preparing her Wesleyan course, she played a show at which she shared a bill with Jill Sobule.

“I told her about the era I was covering,” says Williams, “and her incredible joy in talking about the ‘70s and the way that we loved music then was the beginning of the song ‘FM Radio.’ When I started to write it, I immediately asked if she wanted to do a co-write. It was a lot of great conversations on the phone, one really fun day in New York City, and one really fun day in the studio.”

Where her last album, 2011’s In the Time of Gods, was an ambitious and evocative series of songs that melded the imagery and narratives of classical mythology with modern issues and themes, most of the inspiration on Emerald was concrete and immediate. She began writing “Mad River” during the Occupy Wall Street actions, based on a real-life example of current economic dysfunction. “I heard about this guy who had a job at a school, lost the job, and then got it back because it had been outsourced—he was stripped of benefits and getting half the pay for the same job, and he kind of went under,” she says. “It was a recognition that we’re not in balance right now. But I also wanted it to have a feeling of brotherhood around this protagonist, so that’s why I wanted Milk Carton Kids to play on it, because they bring that spirit, that brotherly sense of honor, into their music.”

A cover of Joe Strummer’s rousing “Johnny Appleseed” reflects Williams’ work planting gardens at summer camps, while “Girl of the World” was the result of a trip to Honduras, where a friend of hers is making a documentary about the lives of some local young women. “I wrote a song for them that was very ballad-y, and that’s on the record, but these girls love Taylor Swift, and I thought, ‘I can’t just do acoustic folk for these teenage girls!,’ “ she says with a laugh. “One great thing about working on my own is that if I want to do my iteration of a Taylor Swift song, then there’s no rule that says I can’t. So I wrote and recorded something in Nashville with Angel Snow, and we all had to figure out where it lived—in folk, in country, in pop—and in the end, we just did what we wanted and it sounds like a Dar song.”

The final song she cut for the album is “New York Is a Harbor,” a reflection on the city that looms largest in America’s imagination. ”There is something special about the feeling of a neighborhood, the feeling of things that are built locally. I think we all understand that moment when the local thing is turned into a commercial version of itself,” she says. “New York is struggling; it’s just so precious that everybody wants it. I’m not blaming one person or another, it’s just too expensive—but that doesn’t mean we can’t hold on to the ideal of the neighborhoods and the people who created them. “A lot of people have not given up on the positive diversity of incomes, mental wavelengths, and dreams in New York. Also, in light of the things going on in my town at the time, I wanted to reinvigorate the sense that people have power as storytellers and active citizens to keep that diversity alive.”

If friendship and human connection lie at the heart of Emerald, Williams had to put these ideas to a very real test when she decided to crowd-fund the making of the album through Pledge Music. While it was an adjustment getting used to sharing as much as possible from the album’s sessions with her fans and followers, she enjoyed the opportunities for interaction. “Pledge for me is like swimming in a pool,” she says. “My fans are smarter than I am, I like being around them, so I said, 'Whatever you want me to do, I’ll do it.' When we started thinking about, ‘How do you want to fundraise for the album?,’ it was actually a very fun discussion. I heard that people want to know about the recording process. I had kind of forgotten the wonderful Alice in Wonderland feeling of first coming into the studio twenty years ago, and the Pledge campaign reminded me.”

It’s a cliché that the personal is the political, but for Dar Williams, there really is no separating her life from her worldview. And in the face of a shifting world, she is more aware than ever of the power this approach can create. “I’m now experiencing the fruits of the alternative culture I was part of in the ‘90s,” she says. “I think I’ve made choices about how I lived my life, outside of the world that was going to fit me among the mainstream norms, and I chose to stay with my friends, to stay with my culture. “That turns out to have been the sturdiest structure I could have built for myself. And that’s in my songs, it’s in my teaching. I’m a believer in what can happen when we make music together.”